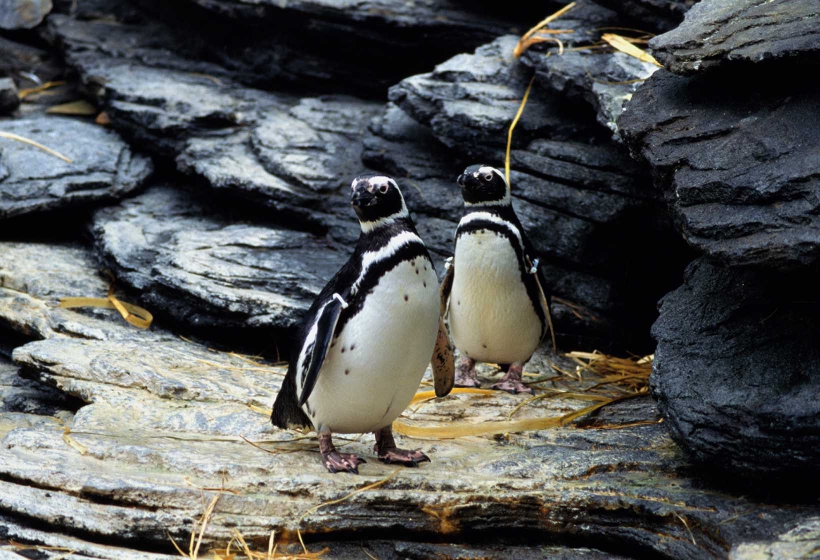 The magellanic penguin lives in the sea, near the coast, where it follows the migrations of its favourite food source: the anchovy. During the breeding season, from September to April, it only comes to land for nesting and moulting. Pairs mate for life; they lay two eggs which, unlike other penguins, are both incubated by the parents. They nest in holes lined with feathers and sticks, which protect the chicks from the cold wind and rain.

Considering the threats that this penguin species faces, the Wildlife Conservation Society and other environmental organizations have been putting into action some measures such as the protection of the main breeding and nesting areas, the control of the populations by monitoring individuals and even, along with the province of Chubut, Argentina, the changing of laws so that the shipping lane is moved.

During the breeding season, if the male magellanic penguin does not have a mate, it produces a loud, mournful call, similar to that of a donkey bray, to attract unattached females. However, these vocalizations are also used during other activities, such as territorial disputes.