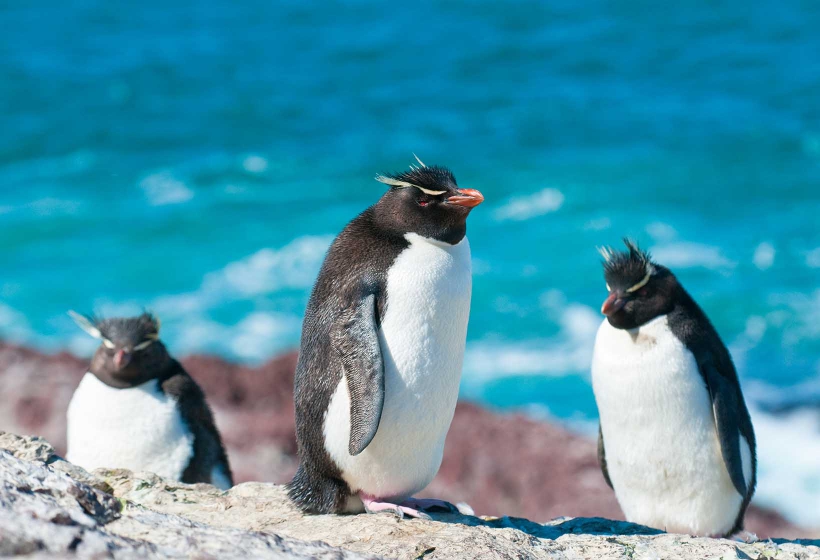 Every year in October the southern rockhopper penguin usually returns to the same nesting site: cliffs where thousands of penguins make their nests. Each pair lays two eggs, however only the larger egg is incubated. When it hatches, the male takes care of the young while female throws itself into the sea to search for food.

In the Falkland Islands a decline of 90% was found in the southern rockhopper penguin’s population. Besides climate change and intensive fishing activity that decreases food supply for this species, it is thought that the development of ecotourism has also contributed to that decrease. Still, measures have been taken for this species’ conservation, mainly designating the breeding and nesting areas as reserves and protected areas.