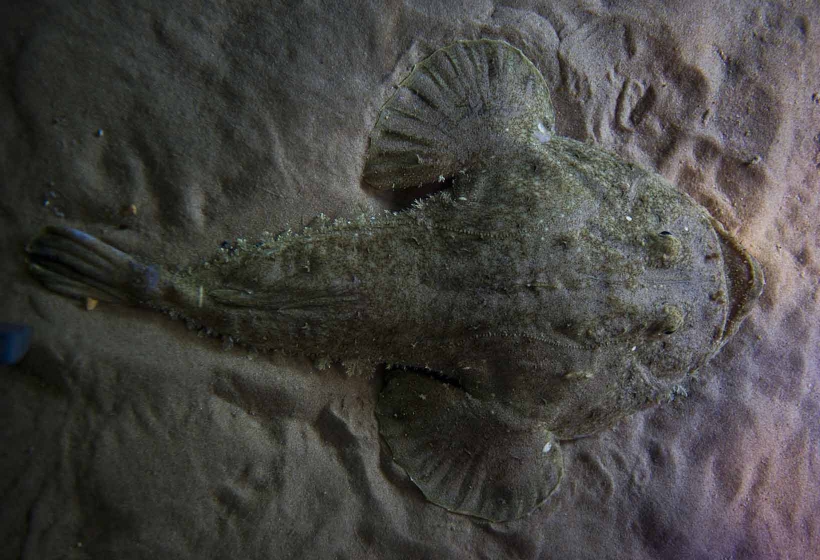 The anglerfish has a very distinctive appearance, with a large head which is broad, flat and depressed. The mouth is almost as wide as the head, and is armed with bands of long pointed teeth. Its fins are articulated as to perform the functions of feet, so that the fish is able to walk on the bottom of the sea, where it generally hides itself in the sand or amongst seaweed. It has an extraordinary faculty of assimilating its body colour to its surroundings. It has a long appendage on top of the head that ends in a “lure” which is used to attract their prey, which it quickly swallows.

This is a species with high commercial value. Although average body length is between one and two meters, most fish in the Mediterranean Sea trawling grounds are smaller than 60-70 centimetres in length, this may mean that fish are typically caught before the age of first maturity. This might become a serious threat.

The spawn of the angler consists of a thin sheet of transparent gelatinous material 60 to 90 centimetres broad and up to nine metres in length drifting freely in the water.

Atlantic Habitat
Atlantic Ocean
Northeast Atlantic Ocean, from the Barents Sea to the Strait of Gibraltar in the  Mediterranean, and the Black Sea.