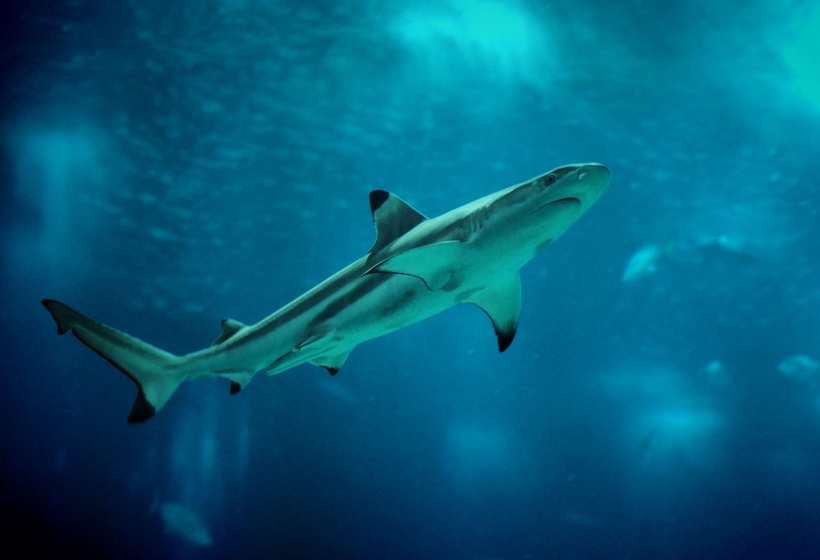 This shark is a fast and active swimmer, with preference for the shallow waters of coral reefs. In fact, its fins are often seen breaking the surface of the water in the tidal zone, at depths as low as 30 centimetres. Fertilisation is internal and after 16 months' gestation, the females give birth to between 2 and 4 young, fully formed and measuring about 50 centimetres.

Blacktip sharks are often caught accidentally as bycatch from other fisheries. Like many other species of shark, blacktip populations are declining.

In Hawaii, some families see this shark as their "aumakua," or guardian spirit. For this reason, they feed them and rarely kill them.

Global Ocean
Indian and Pacific Oceans, Mediterranean Sea
East Mediterranean and the Suez Canal, Indian Ocean (Red Sea and East Africa, including Mauritius, Seychelles, and Madagascar, to India, Sri Lanka and the Andamans), West Pacific (China to Australia and the Arafura Sea) and Central Pacific (Hawaii, the Marshalls, and the Tuamotu Archipelago).