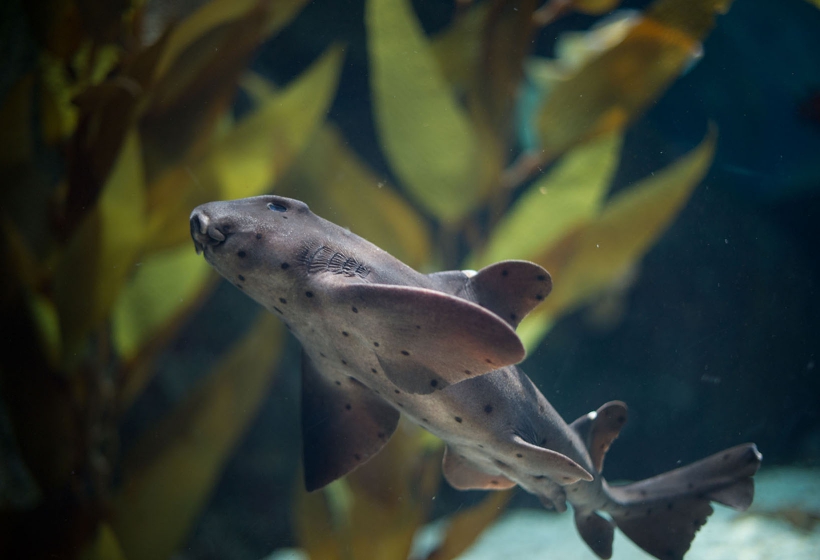 The horn shark can be easily recognized by a short head with ridges over its eyes and two large spines on both its dorsal fins. This is a solitary fish that hunts at night and rests during the day amongst rocky caves and kelp beds, where it returns every day. Notoriously slow, it prefers to move over the bottom supported by its pectoral fins, but if it is disturbed, it pursues and bites its intruders.

The kelp forests are composed of brown algae that dominate nutrient-rich areas and cold temperate places. Along the California coast, where this shark lives, the dominant species is the giant-kelp (Macroystis pyrifera), the biggest existing brown algae. Forests formed by this species shelter a wide variety of species, many of them of high commercial value.

Adults that live in the algae have noticeably longer fin spines than those in the reef habitat. This is due to their spines being worn down by going in and out of caves.