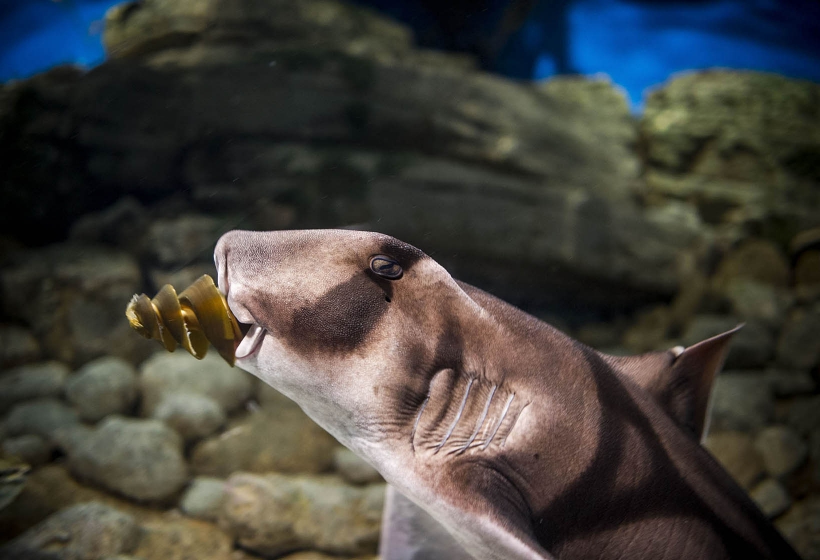 These sharks feed during the night and spend the day lying on sandy bottoms of caves and crevices. Females lay about 12 eggs, protected by spiral-shaped capsules, which they wedge into holes and cracks with their mouths. One year later, the juveniles are born fully formed and measuring about 20 centimetres. They spend the first 10 days of their lives in shallow protected waters and only then join the adults.

Port Jackson sharks are commonly caught in fish nets, as by catch. Their flesh is considered of poor quality and they are often returned to the sea. Some fishers consider them to be a pest and kill them before discarding them.

The males and females spend the year apart and only come together during the breeding season. swimming up to more than 800 kilometres in order to mate.