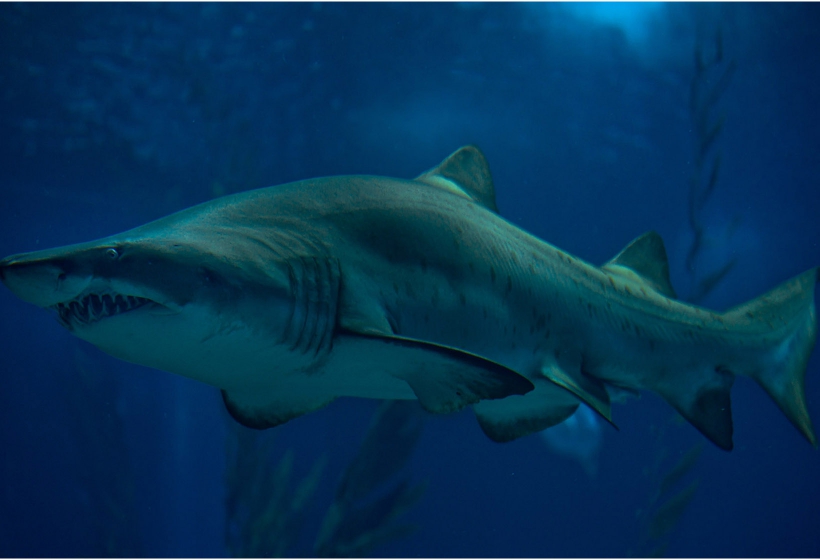 Even before they are born, these sharks are subject to natural selection in the form of inter-uterine cannibalism. As such, although almost 50 eggs are fertilised at the same time, only two will complete their development and end up being born. Until then, the fastest and strongest embryo of each of the two female uteri will feed on the other eggs and embryos. After nine months, the females give birth two young that are already one metre long. Despite its threatening appearance, it is usually harmless.

Although this species is widespread and is not widely fished for food, it has one of the lowest reproduction rates of all sharks and is susceptible to even minimal population pressure. For this reason, it is listed as vulnerable and is protected in much of its range

Since the sand tiger shark is denser than water and lacks a swim bladder like bony fish, it has adopted a behaviour that allows it to become neutrally buoyant in the water column. The shark comes to the surface and gulps air, which it holds in its stomach. This allows the shark to hover motionless in the water.