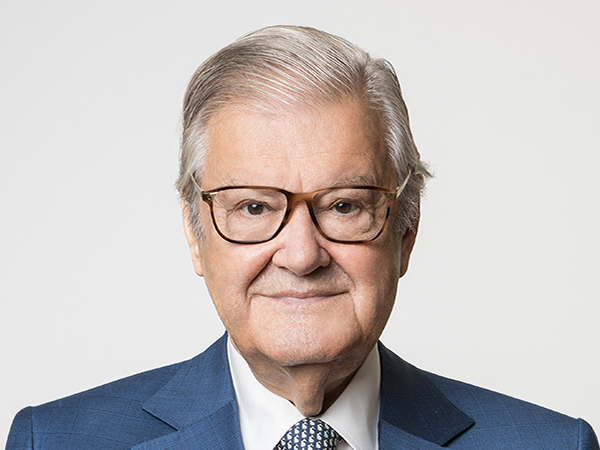 The Oceano Azul Foundation and Oceanário de Lisboa want to show their deepest sympathies for the loss of Alexandre Soares dos Santos, to whom we owe much for his committed vision to the future, his nonconformity with the present, and, principally, to whom we owe the trust that he always instilled in our mission to contribute to a better future for the ocean, the planet, and our Country.

Alexandre Soares dos Santos was a visionary, seeking to improve the future of the next generations, up until the last days of his life. He was a coherent man who was not limited to just picturing his visions, but investing in their realization, with enormous generosity and commitment. He was a truly generous man.

The creation of the Oceano Azul Foundation and the investment in Oceanário de Lisboa’s mission of public interest are just one example of his vision, coherence and generosity. These commitments were also some of the most prominent last legacies that Alexandre Soares dos Santos left to Portugal: to lay the groundwork for a civil society organization in charge of defending ocean sustainability, and to support Portugal as an international leader in the promotion of environmental sustainability and the conservation of the ocean.

The Oceano Azul Foundation and Oceanário de Lisboa seek to continue to rise up to fulfill their missions, thereby honoring and perpetuating his memory.