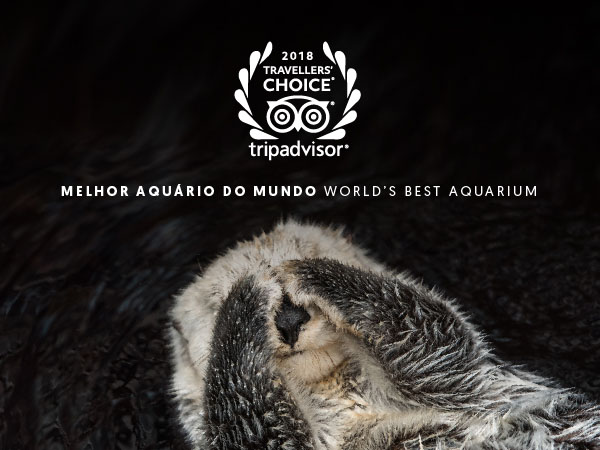 For the third time Oceanário de Lisboa was elected the 'Best Aquarium in the World' by TripAdvisor’s 2018 'Travellers' Choice. With 33,854 reviews on the world's largest travel site, its overall rating is 4.5 out of 5.

Of all the reviews, 64% classify Oceanário de Lisboa as 'Excellent' and 27% as 'Very Good'. “Great experience for everyone", "very well organised, beautiful place", "unique experience" or "Best Aquarium I've ever seen!" are some of the comments written by visitors.

Oceanário de Lisboa, which is celebrating its 20th anniversary, was elected the Best Aquarium in the World by TripAdvisor in 2015 and 2017. It is one of the most visited cultural spaces in Portugal, with over 23 million visitors from 185 different countries since it was opened. Last year, it received 1.3 million visitors, the best year ever.

The Oceanário de Lisboa team works daily on conservation and on blue literacy, and it is an international benchmark for knowledge of the ocean. In 2017 alone, Oceanário involved more than 168,000 children and adults in educational activities and funded 10 conservation projects for a total of 200,000 euros.

João Falcato, CEO of Oceanário de Lisboa, says: “We are honoured by the fact that our visitors continue to value our work and mission for the conservation of the Oceans. It is through our vast and dedicated team that we are able to provide a unique and unforgettable experience. Twenty years after the inauguration, being considered the world’s best aquarium is a reason for pride and motivation to continue to promote the ocean."

TripAdvisor is the world's largest travel site, with more than 535 million evaluations and opinions. The Travellers' Choice Awards of the TripAdvisor travel portal highlight the best in the world, in keeping with the assessments of its users.

For further information on the 'Top 10 Aquariums' elected in 'Travellers' Choice' click here.