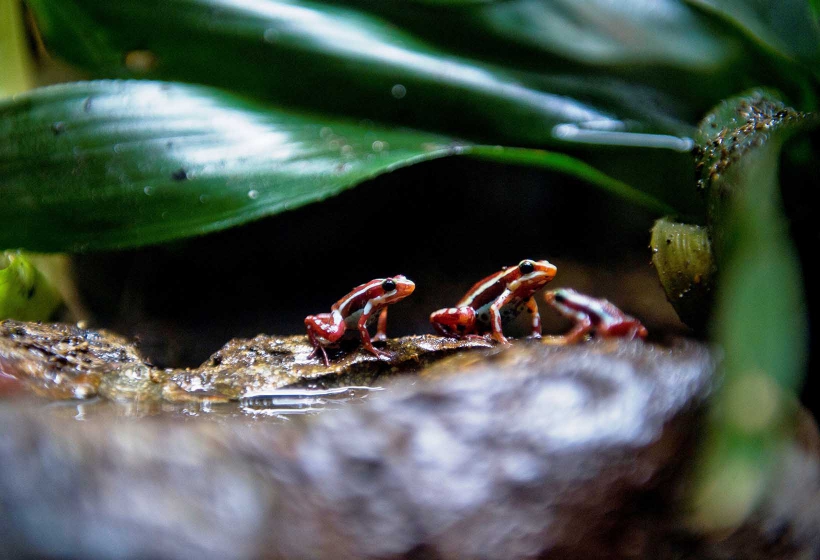 This frog has a red brownish body colour, with a yellow stripe pattern that varies between each individual like a fingerprint. Males produce calls that resemble the songs of small birds. Its poison was investigated as a painkiller, however, because it can be deadly even at very low doses, it was considered too dangerous.

The main threats are pollution of waterways, habitat loss due to agricultural pressure, and collection for medicinal use.

During breeding season males fight each other, standing erect on the back legs and attacking with the front legs. They circle each other until one forces the other to the ground, and lays on top of him, winning the battle.