Tropical forests are amongst the richest, more diversified habitats on Earth. Despite occupying less than 6% of the Earth’s surface, these pristine forests, yet intact and remote, are home to more than half of the species to be found on the planet. Nevertheless, tropical forests are listed amongst the most threatened habitats, in spite of their enormous relevance.

With a view to strengthening the Oceanário de Lisboa’s commitment to supporting nature conservation and promoting environmental education, this new exhibition shows nature from a different perspective – a unique environment where tropical forests and art are masterfully combined to create a world of sensations and emotions where visitors will forget their everyday routines and be immersed in a precious environment that evokes the origin of life.

Visitors will find their senses stimulated by the smells and sounds of the forest and feel deeply moved by the authentic “jewel” created by Takashi Amano and by the musical piece created by musician and composer Rodrigo Leão. Challenged to design the world’s largest “nature aquarium”, Takashi Amano, the most famous “aquascaper” in the world, created the central piece in this exhibition, a 40-metre long aquarium holding 160 thousand litres of freshwater.

Takashi Amano’s artistic interpretation of these magical, mysterious ecosystems provides visitors with a contemplative, relaxing, calming and soothing experience, which encourages them to discover a nature carved by time, naturally and beautifully aged, as if more than a hundred years had elapsed since the piece was created.

Takashi Amano introduced Japanese gardening techniques and the wabi sabi concept into the design of planted aquariums, known as “nature aquariums”. His pieces, which recreate tropical forests, showcase the aesthetic nature of (im)perfection, providing visitors with an experience beyond imagination.

A landscape photographer, Takashi Amano travelled all over the world’s forests, capturing the harmonious nature of intact landscapes. Takashi Amano became the international master of freshwater aquariums with his planted aquariums, known as “nature aquariums”. Combining Japanese gardening techniques with the wabi sabi concept, his remarkable pieces recreate nature, exalting its simple, imperfect beauty. Takashi Amano believed that observing nature closely would enable us to better understand our world and learn how to preserve it.

| The aquarium holds 12 tonnes of sand, 25 tonnes of volcanic rock and 78 tree trunks

| 3.3 million people have visited the exhibition since its launch 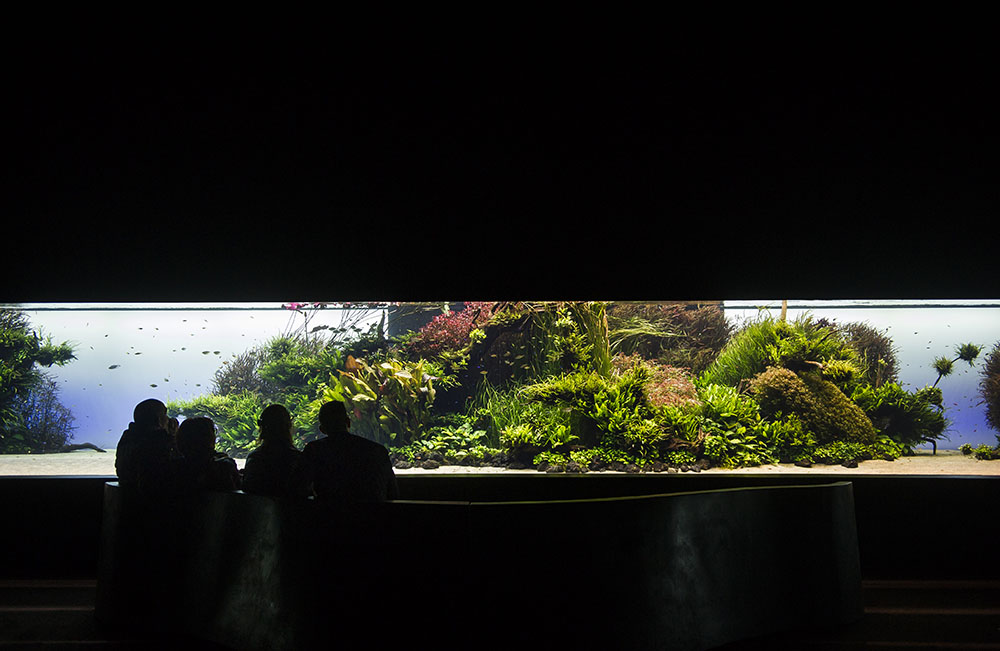 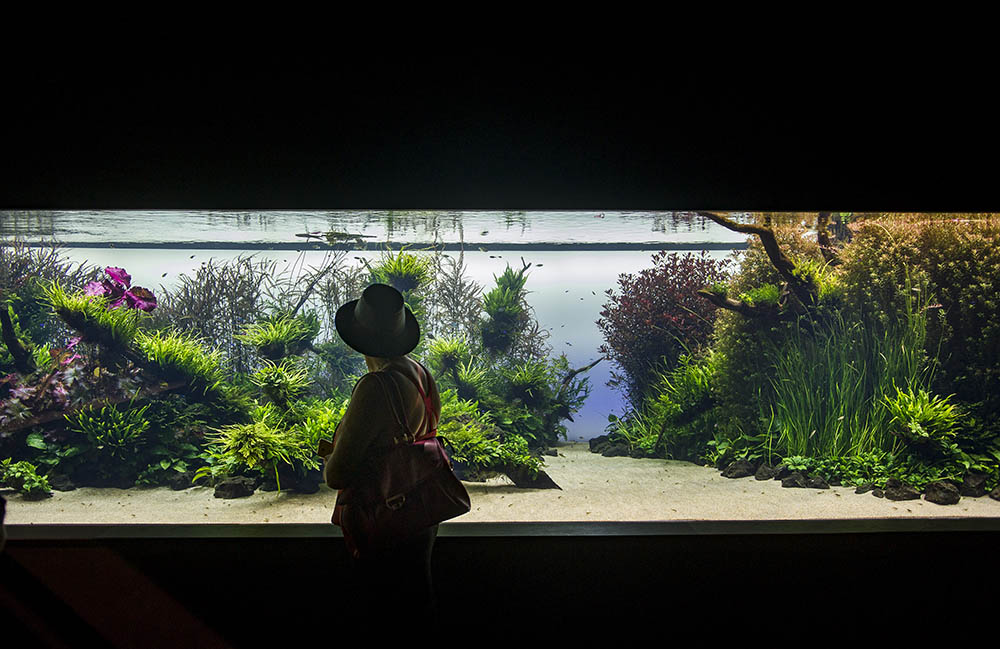 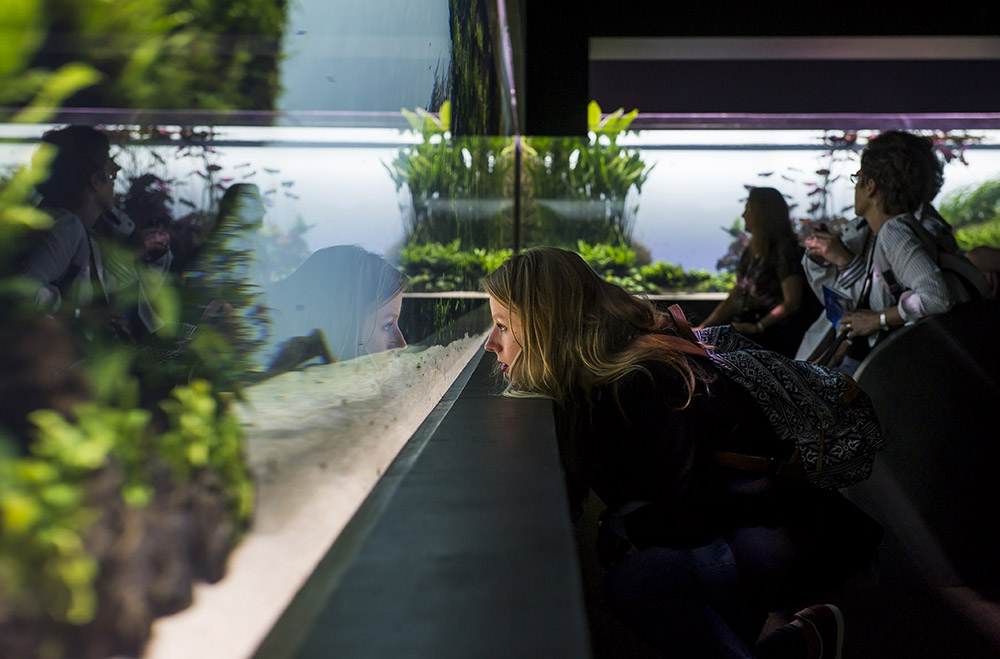 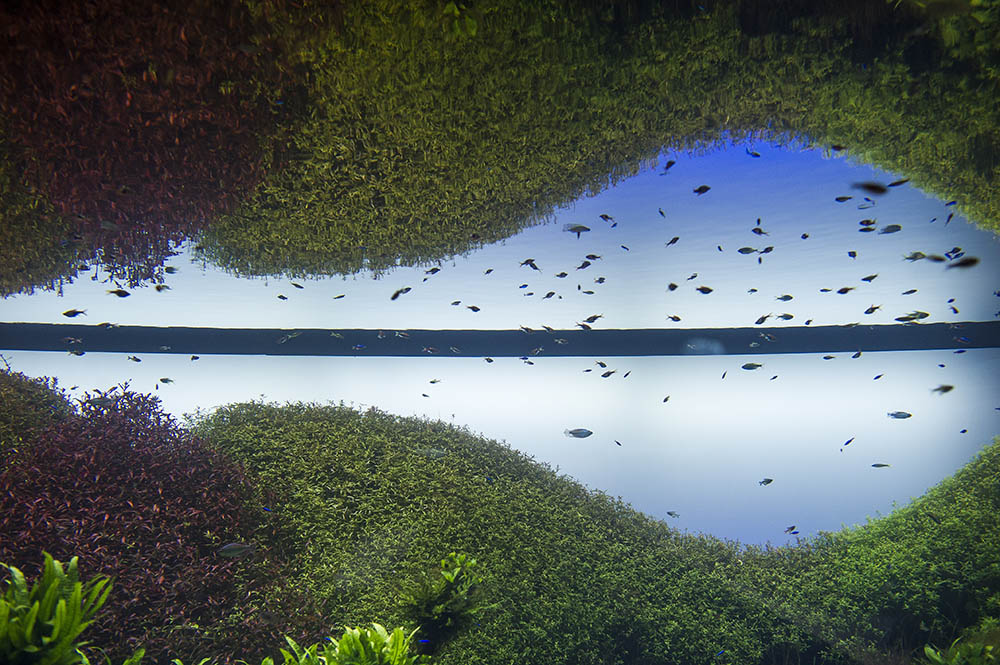 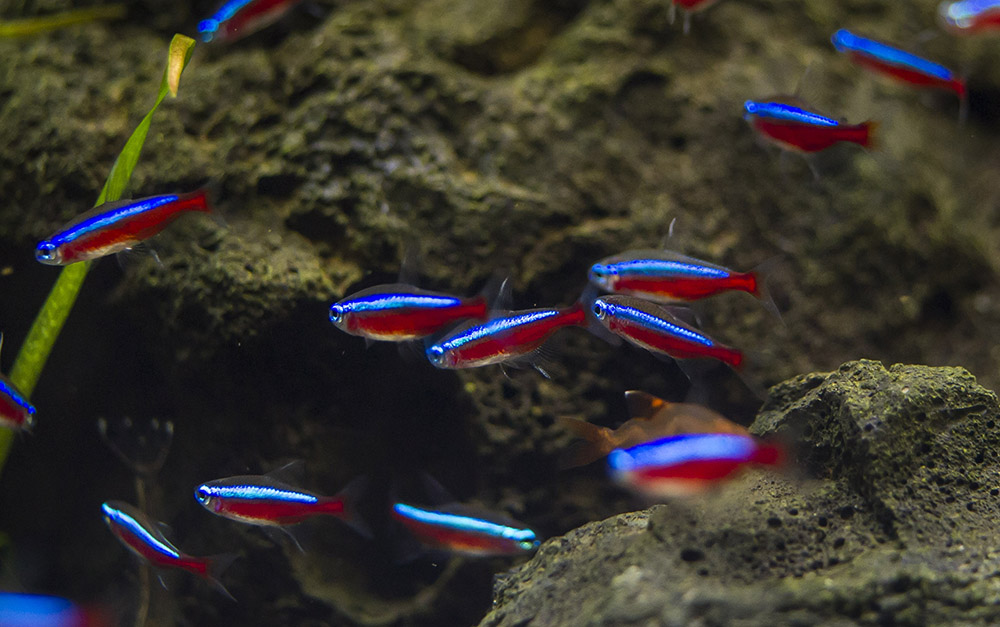 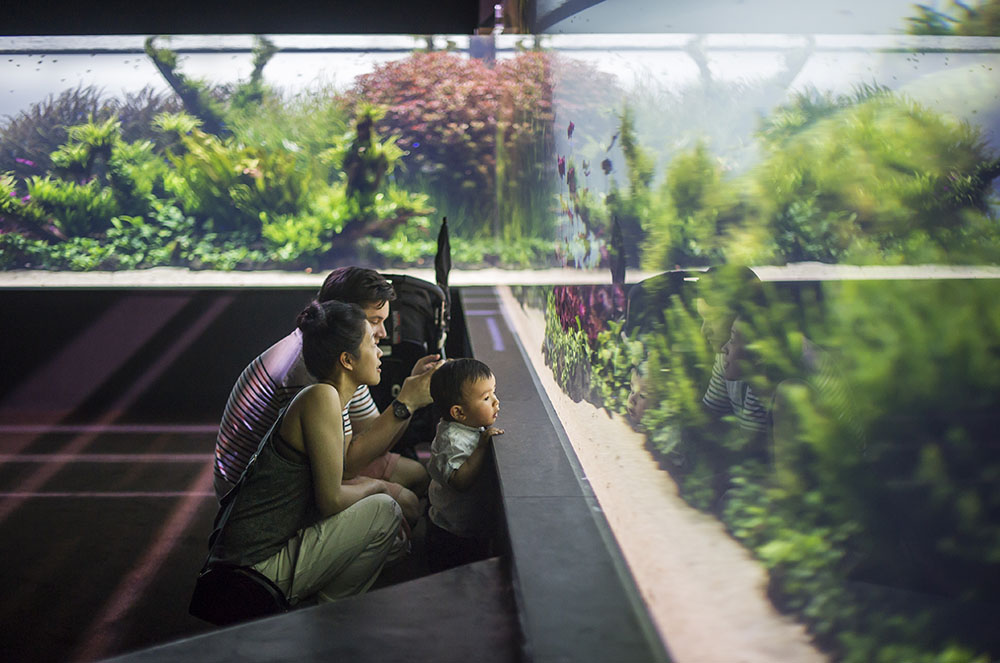 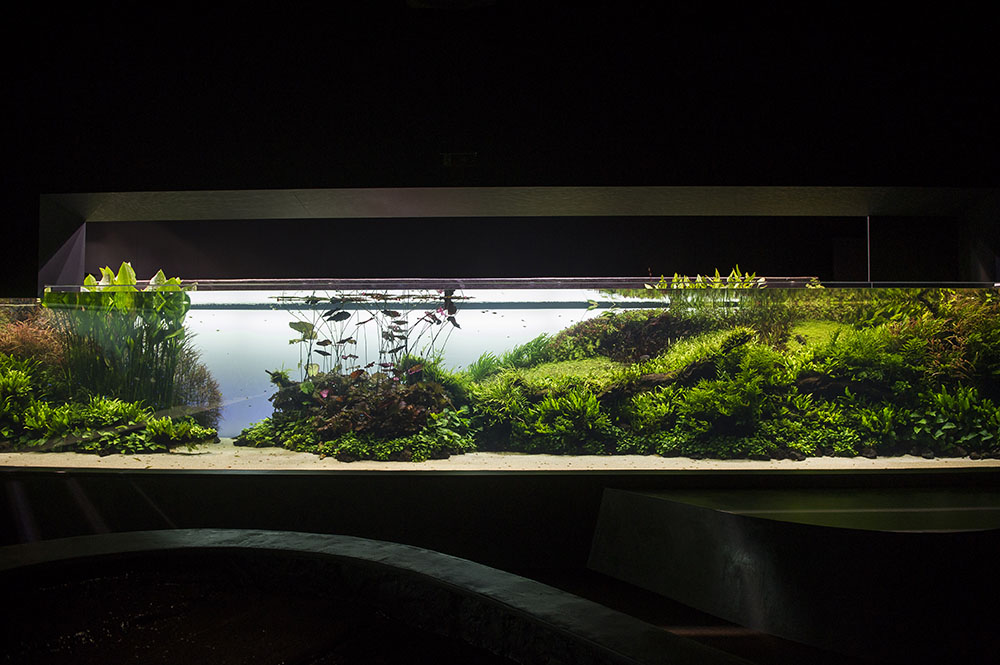 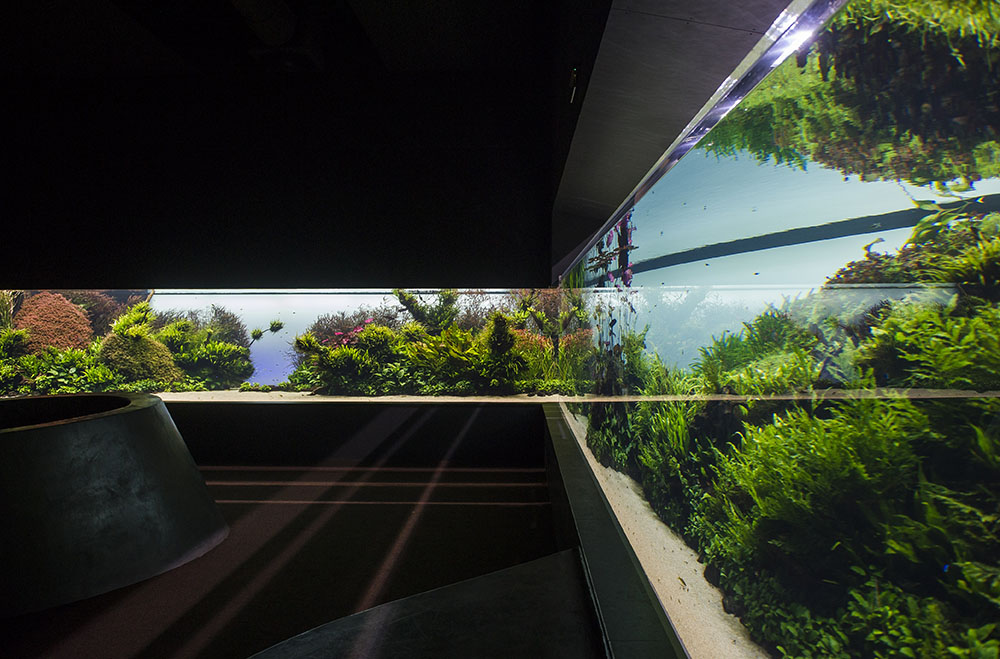 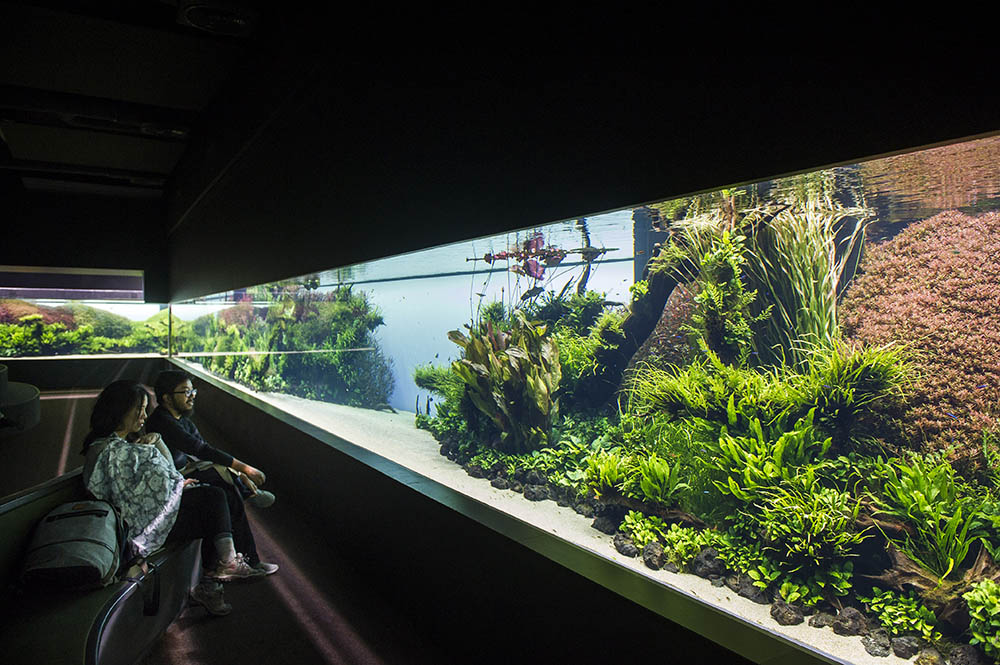