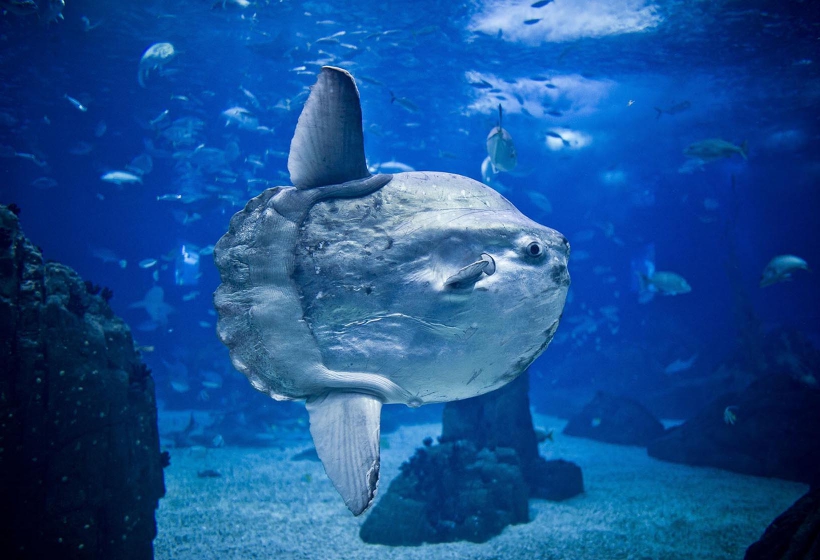 Ocean sunfish are the largest bony fish in the world. Females release up to 300 million eggs in the water, which will later be fertilized by passing males. Developing larvae undergo three separate stages, some featuring odd-looking forms with numerous spines. This fish exhibits a peculiar behaviour: it lies on its side on the surface of the water to sunbathe. There are various explanations for this behaviour; in particularly, it adjusts body temperature and it also allows birds to pick parasites off its skin.

Ocean sunfishes spend much time drifting near the ocean surface. For this reason they are vulnerable to fishing boats that use drift gillnets and various fishing methods that target other species; this is called “bycatch”.

The ocean sunfish holds the Guinness Book of World Records as the heaviest bony fish in the world, reaching more than 3 metres in length and weighing over 2 tons.

Global Ocean
All Oceans
Warm and temperate zones of all oceans.