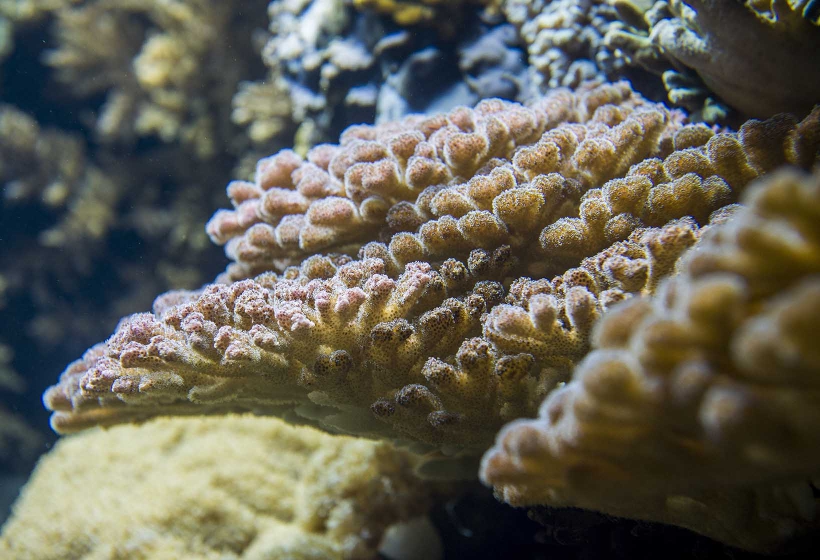 This coral is considered the “tramp” species of the coral world, due to its tendency to attach itself to floating objects on which it travels hundreds of kilometres. It forms branched colonies, with short branches, composed of polyps bearing tentacles that are only extended at night. Its colours are variable between cream, pink, red, yellow and green.

During the juvenile phase, colonies of this coral are only female.