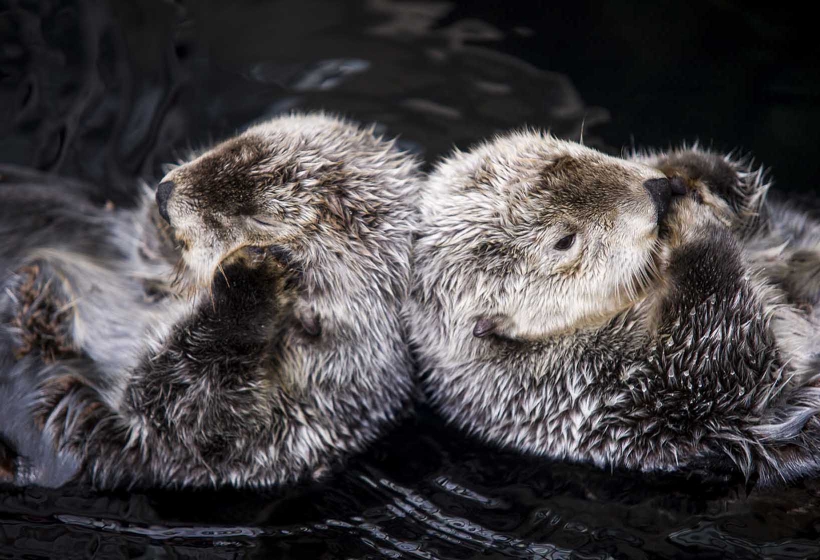 The sea otter is completely adapted to the marine life but, unlike most of marine mammals, it does not have a thick layer of fat underneath the skin, which isolates it from the cold. However, it is the furry animal on the planet, with about 155,000 hairs per square centimetre. This otter spends most of its time grooming the fur, spreading a grease-like substance that makes it dry and warm. It also has a fast metabolism and that is why the sea otter needs to eat, daily, the equivalent of 30 per cent of its weight, which is the same as if a grown human ate 100 hamburgers per day. It can spend its life in water, including during breeding and six month gestation, which can be delayed if the environmental conditions are not favourable.

For centuries the commercial fur trade was this otter’s worst enemy, leading it to near extinction. In 1911, an international treaty was made to protect this species. Since then the numbers have recovered to an extent, however, the Exxon Valdez oil spill in Alaska led to the death of hundreds of sea otters. Nowadays, this species of otter is protected in the USA and Canada, where there have been several successful reintroduction attempts.

The sea otter is the smallest marine mammal and the most recent in the ocean, where it has lived for just five million years. This is the only marine mammal that still exhibits terrestrial features: front dog-like paws, carnivore teeth, ears and even eyebrows. The sea otter uses tools, opening shells with rocks.

Pacific Habitat
Pacific Ocean
North Pacific Rim: from the eastern coast of Russia to the northwest coast of North America into Alaska; also from California to Mexico.